skip to main | skip to sidebar

At last a Modern English website has been set up and can be found at http://www.modernenglish.me . It is under construction but there is already loads of links and information.
Posted by I Melt With You Modern English Fan Blog at 00:55 No comments:

Forum for fans of 'Modern English'

To continue to develop an online presence for the band and to bring together all the fans of Modern English I have set up a forum. To join please go to http://imeltwithyou.proboards.com/index.cgi
I hope to invite the members of the band to also get involved so it can become the best place to get updates on releases, concerts and other band activities.
Posted by I Melt With You Modern English Fan Blog at 08:30 No comments:

If you know of any others please let me know. I have been able to show some of the videos up on this page but not all so please still use the above links.
Posted by I Melt With You Modern English Fan Blog at 06:58 1 comment: 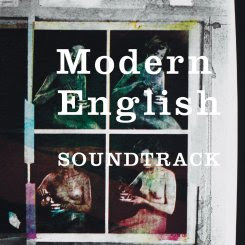 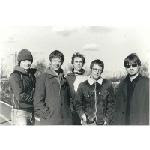 With re-interest in the band Robbie decided to re-develop the band. Robbie and Ted Mason had parted company but Matthew Shipley remained with the band. Robbie enlisted a new group of band members from the UK; Steven Walker (guitar - this is a totally different Steven Walker to the early band member who played keyboards), Matthew Shipley (keyboards), Jonathan Solomon (drums) and Ian Robbins (bass - Ian was originally with other 4AD band Colourbox). They toured extensively in the states writing and performing new material in 1996-8. To read an interview with Robbie from this time click on this link http://www.radcyberzine.com/text/interviews/me.html . They recorded a demo in 1998 of a track called 'The World I Want' which was recorded at Abbey Studios. With the lack of anything solid at this stage Ian Robbins left and was replaced by Nik Williams. Another set of demo's of the tracks 'It's Okay', 'Here Comes The Failure' (This is 'The World I Want' with new lyrics) and 'Sparkle'. Finally the band signed a deal with APG Music and went into the studio with Hugh Jones once again as producer to record the album 'Soundtrack' which was due to be released by APG Music in 2001. But unfortunately APG Music went bankrupt with 'Soundtrack' still unreleased. All that is available from this period is a live bootleg of one of the shows (marketed as 'The Best of Modern English' which has just been repackaged as 'Modern English Live' on iTunes) which includes the new tracks of Up In the Brain, It's Okay (which was planned to be the single), Here Comes the Failure, Blister, 24 Part Personality, Soundtrack and Deep Sea Diver.
The album is finally to be released by Darla Records on 24th May 2010. To pre-view and pre-order go to http://darla.com/index.php?fuseaction=it....em_cat_id=37656 . The first track, 'It's Okay' is already available as a download single.
Posted by I Melt With You Modern English Fan Blog at 04:56 1 comment:

After Pillow Lips TVT Records asked for a follow up album. This was recorded and presented to TVT who decided not to release it. After contractual problems with TVT, Robbie formed Engine. In 1995, with the legal issues with TVT sorted out, Engine evolved into the next incarnation of Modern English and signed to the Imago label, with Grey and new band members Ted Mason (guitars) and Matthew Shipley (keyboards). This line-up recorded in 1995 the album Everything Is Mad (which included mainly of the tracks written and recorded for the unreleased TVT album) which was released on Imago records. As an album it is quite an eclectic mix of rock tracks, vocal ballads and prog. There are a few tracks which have the old Modern English sound, most notably 'Here we go again' and 'I Don't Know Anything'. Only a promo single was released which had 'Elastic' as the first track and 'I Don't Know Anything' as the second. The album has recently been remastered and re-issued. It is interesting to note that every Modern English album released has always been shorter than the one before. Everything's Mad comes in at only just over 31 minutes.
Posted by I Melt With You Modern English Fan Blog at 04:26 2 comments: 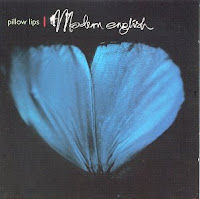 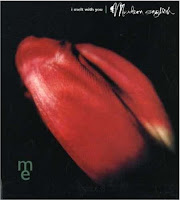 It seemed like the end for Modern English when in 1990 Robbie Grey got a phone call from TVT Records asking if he would re-record 'I Melt With You'. Robbie was able to get Mick Conroy and Aaron Davidson to join him to record a new album and was able to get guitarist Gary McDowell to play on the re-recording of 'I Melt With You'. Many have commented that the re-recording sounds exactly like the original single version though I feel some of the mixes released gave it a new stronger sound. The album, without the lead guitarist, is very different to all the previous releases and has more of an easy going nature with more of demo sound for many of the tracks. I know it is not a favourite of many fans but personally I really like it and think it has some really good 'Modern English' tracks, for example Pillow Lips, Coming Up For Air and Take Me Away. There were three singles from the album, 'I Melt With You', 'Life's Rich Tapestry' and 'Beautiful People'. Each were released with a number of remixes by such renowned mixers as John Potoker and Graham Dove with 'Beatiful People' get a rap remix done by Mick Conroy himself. To hear the I Mlet With You mixes click on the link below;
http://richardanvil.multiply.com/music/item/59/I_Melt_With_You_1990_mixes
Posted by I Melt With You Modern English Fan Blog at 03:55 No comments:

With the success of 'I Melt With You' and the failure of 'Ricochet Days' and it's singles to follow this up the band decided to change record labels from the independent 4AD to corporate Sire in the hope that major chart success would follow. Not all the band agreed with this and Steve Walker (keyboards) and Richard Brown (drums) left the band. Ex-March Violets band members Aaron Davidson joined on keyboards with drums played by a number of session musicians. They also changed producers to Stephen Stewart-Short, who had again worked with Echo & The Bunnymen. While Hugh Jones production made them sound like they were recording in a studio Stewart-Short's production made them sound like they were performing in a concert hall. They also had an even more mainstream sound to the songs moving away from their avant garde past. Despite all the changes and extensive touring the band didn't get the promotion they hoped from Sire and the album did not do well and Sire dropped them and it pretty much seemed to be the end for the band. To date this album has never been released on CD and is currently unavailable. There was only one single released in the US, 'Ink & Paper'. To see the video of 'Ink & Paper' click on the link below;
http://rebelletsjunior.multiply.com/video/item/24
And finally to hear Modern English live from their Stop Start tour click on the link below;
http://richardanvil.multiply.com/music/item/67/Modern_English_Live_Concert_1986
STOP PRESS: Stop Start is finally to be released on CD!! It will be released by Wounded Bird on 4th May 2010. When available you can order it at http://www.woundedbird.com/
Posted by I Melt With You Modern English Fan Blog at 03:21 5 comments:

I Melt With You Modern English Fan Blog
I have been a big fan of Modern English since the 1980's and as there is very little information out there about the band I thought I would set up one myself. I have also set up a forum for Modern English fans. Please join at http://imeltwithyou.proboards.com/index.cgi